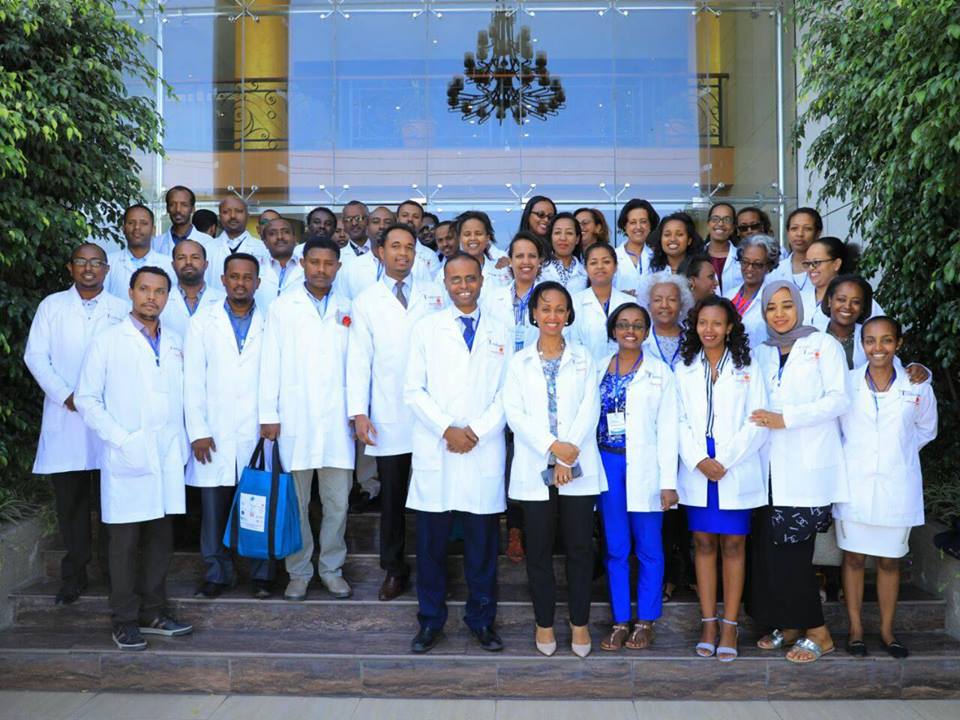 As the tradition has always been, prior to the conference was a series of Continuing Medical Education (CME) sessions at the Ethiopian Public Health Institute (EPHI) on February 3 and 4, 2019. The CME sessions covered lots of topics under urogynecology, endocrinology and infertility specialties.

The preconference CME sessions also involved hands on trainings on ultrasound and laparoscopy. The hands-on trainings were conducted in the compounds of Black Lion Hospital and Saint Hospital Millennium Medical College. Attended by more than hundred members of ESOG, the trainings were given by both local and international well experienced trainers.

That was not all about this year’s conference though. The tradition of awarding best abstracts has also been introduced. Of the 25 selected for presentations, two abstracts: Dr. Dawit Bacha for his abstract entitled- Prevalence and patterns of Cardiovascular Diseases among Pregnant Mothers Attending Antenatal in Addis Ababa, an oral presentation; and Dr. Mustefa Negash was also awarded for poster presentation entitled- Obstetric Referrals at SPHMMC: Pre-referral Care and Referral Appropriateness.

Poster presentations is also the other special feature of this year’s conference. Of the more than the 90 abstracts submitted to the Scientific Committee of ESOG, 10 were selected for poster presentations. These abstracts were displayed on TV screens to be visited by participants during lunch and breakout sessions.

Having been attended by hundreds of members, partners and other stakeholders, the event also brings to the scene the famous Dr. Mihiret Debebe. Dr. Mihiret gave a speech on Healing the Healer followed by brief discussions on the matters. Dr. Mihiret is known for his two novels “Yetekolefebet” and “Lela Sew” and for his psychological and motivational speeches.