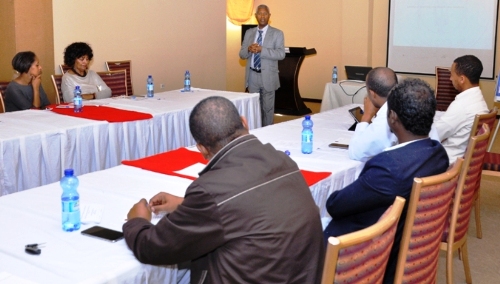 On the meeting Dr. Dereje Negussie, president of ESOG, gave overview of the joint conference and discussion was also on fund raising and engagement of pharmaceuticals with the presence of Dr. Dawit Desalegn, fund raising and sponsorship sub-committee head.

Themed- SDGs: Opportunities and Challenges of Reproductive Health in Africa, the joint conference is planned to be conducted at Capital Hotel and Spa on February 2-4, 2017. Members of both the Society and Federation, along with international personalities in obstetrics and gynecology, other dignitaries from the health sector both from Ethiopia, the region and beyond are expected to attend the joint conference. 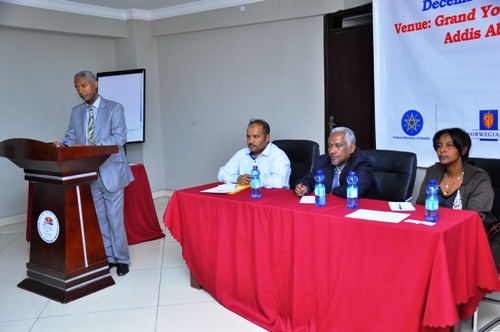 A consultative meeting was conducted on Female Genital Mutilation (FGM) at Grand Yordanos Hotel on December 15, 2016.  The Ethiopian government aspires to eliminate FGM and early marriage by 2025, which would be five years earlier than the new global development goal.

The meeting was organized by the Ethiopian Society of Obstetricians and Gynecologists (ESOG) and the Federal Ministry of Health (FMoH) in collaboration with the Royal Norwegian Embassy. The consultative meeting witnessed participants from major stakeholders including those from ESOG, FMoH, the Roayal Norwegian Embassy, Regional Health Bureaus, Path Finder, , the Orthodox Church, the World Health Organizations (WHO) and others.

The consultative meeting saw scientific presentations from Dr. FikerMelese, Dr. Solomon Kumbi, Dr. Mutesim Abdulahi and Dr. Wondimu Gudu and Sr. Etenesh Gebreyohannes. Participants deliberated on the scientific presentations entitled Global Perspective of FGM and WHO Guidelines, Introduction to FGM and Its Complications, Complications of FGM, Jigjiga Study and Activities being Undertaken by the Federal Ministry of Health on FGM.

Participants deliberated well on areas ranging from the collaboration that must be sought among institutions to slow down the harmful practice, the role that can be played by Members of the Parliament and religious leaders and institutions, the significance of community based conversations to the role of the media and many others.

It was understandably concerning to participants that even though the statistics at a national level showing the rate of FGM related incidents has declined in the newly released Demographic and Health Survey, incidents show no improvement in some regions, Somali and Afar in particular.

“We have also shared our thoughts on the fact that the health sector should not only be concerned about the health aspect of the matter, rather go beyond to address community and social aspects and administrative issue to make better public awareness,” said W.ro Yamirot Andualem, director for Women and Youth Affairs of Federal Ministry of Health.

A consultative meeting on Ob-Gyn Residency Program was conducted at Capital Hotel and Spa on November 28, 2016. The project that aims at enhancing medical education and training in ob-gyn residency in Ethiopia by ensuring the implementation of a harmonized curriculum being in effect in various institutions is part of the collaboration between the Ethiopian Society of Obstetricians and Gynecologists (ESOG) and the American College of Obstetricians and Gynecologists (ACOG).

As organized and mediated by Dr. Tesfaneh Fikre, ESOG’s coordinator of the ESOG-ACOG project, participants saw presentations on How are Residency Programs on Ob-Gyn Organized? by Dr. Balkachew; Specialty Training Curriculum in Obstetrics and Gynecology by Dr. Mengistu and Landscape of Ob-Gyn Residency Programs in Ethiopia and Mapping of University Partners Dr. Tesfaneh Fikre.

Participants of the consultative meeting agreed on a set of minimum requirement to launch a new ob-gyn residency program and outlined a set of core competencies and educational objectives to be further refined by the ESOG-ACOG Project Residency Team.

A joint leadership meeting was conducted between the Ethiopian Society of Obstetricians and Gynecologists (ESOG), the American College of Obstetricians and Gynecologists (ACOG) and Center for International Reproductive Health Training (CIRHT) at Hilton Hotel on November 29, 2016. The meeting aimed at reviewing progress and informing the leadership team on the program to date.

The flagship project to improve medical education particularly in ob-gyn residency program in Ethiopia is in line with the priorities in the Health Sector Transformation Plan (HSTP), Dr. Dereje Negussie, president of ESOG, noted in his welcoming address. 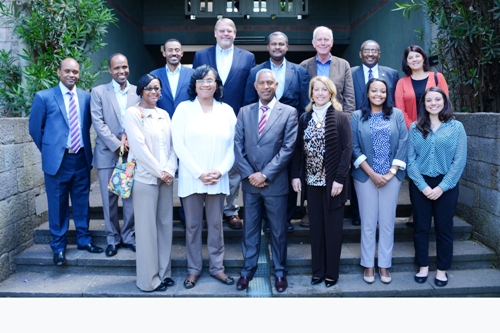