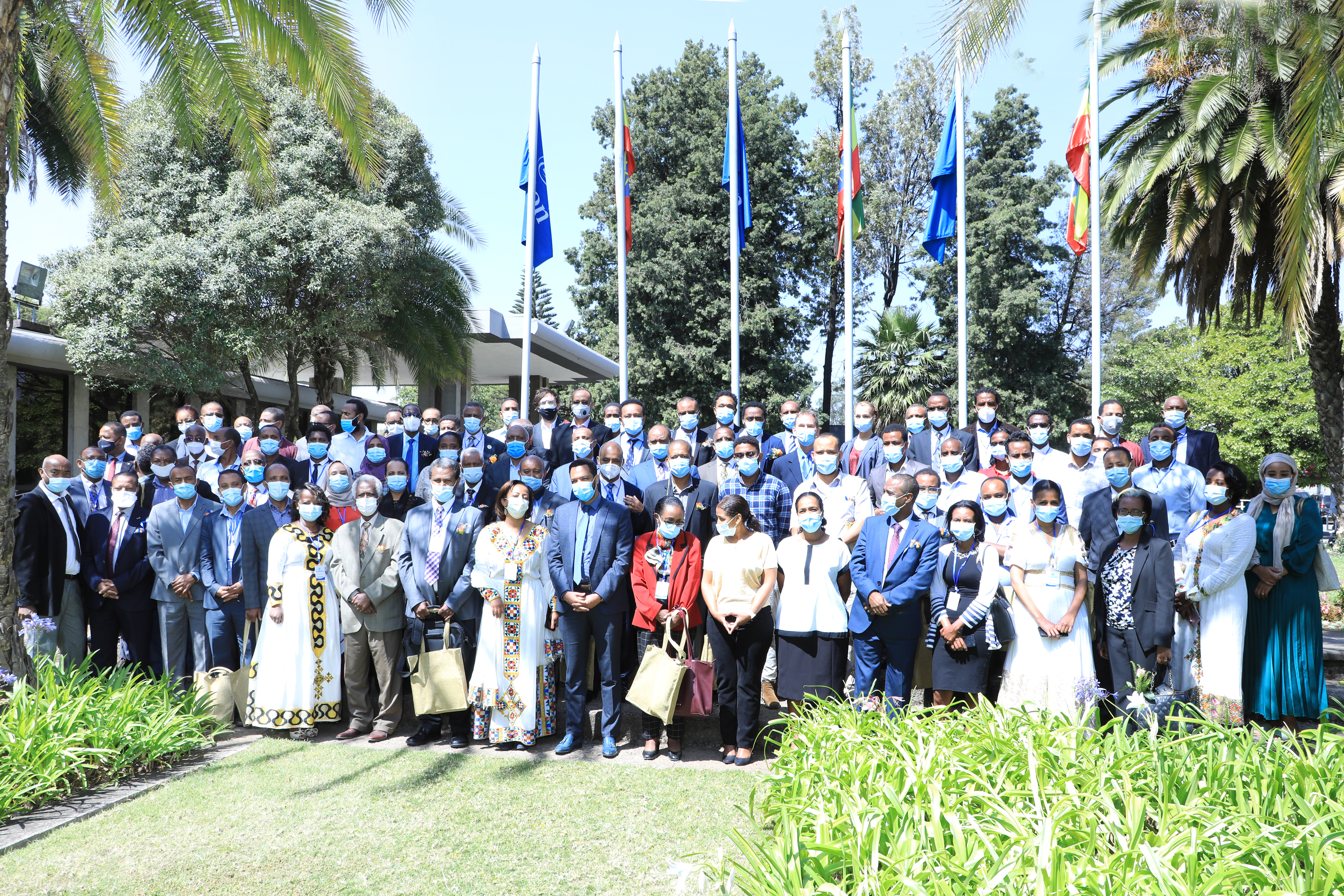 The Ethiopian Society of Obstetricians and Gynecologists (ESOG) has concluded its 29th Annual Conference successfully last Wednesday, February 17, 2021. The Conference started with Pre-Conference CMEs, an all-virtual event that began on February 14 and continued over the next day and brought dozens of speakers from all over the globe. Hundreds of health professionals from both Ethiopia and beyond have attended the series of CME sessions- which were considered very successful in their administration and delivery.

The Pre-Conference CMEs were followed by the opening of the Conference on Tuesday, February 16, 2021. Present at the Opening were significant dignitaries in the health sector including Dr. Dereje Duguma, state-minister of Health, Prof. Senait Fisseha, director of International Programs at The Susan Thompson Buffett Foundation, and ESOG’s President Dr. Mekdes Daba, among others.

As part of the opening ceremony, new graduates of obstetrics and gynecology from various institutions nationwide were welcomed. Also part of the opening session was the honoring of ESOG members for their service. This year’s honorees include Dr. Ahmed Abdella, who was honored with ESOG’s Lifetime Achievement Award, Dr. Mulu Muleta, who received ESOG’s Award of Honor, and Dr. Ashebir Surafel, who received ESOG Distinguished Service Award.

As always, the Plenary Session was a platform for a comprehensive approach to the theme under focus. This year, speakers approached the pandemic visa vis the reality on the ground, leadership during health crises, residency and medical training, and adaptive strategies, among others. The Opening Ceremony and the Plenary Session were hybrid sessions that were attended in person at Hilton Hotel with the sessions being broadcasted virtually.

The Scientific Session of the Conference, which was conducted on Wednesday, February 17, 2021, was an all virtual session that brought together presentations from 13 researchers. Even though limitations that came with the pandemic did not allow poster presentations, ESOG has awarded the Best Oral Presentation. This year’s best oral presentation went to Dr. Delayehu Bekele for his presentation on research entitled- A Randomized Controlled Trial of Sequential Versus Simultaneous Use of Foley Balloon and Oxytocin for Induction of Labor in Nulliparous Pregnant Women.

This year’s state of the art lecture brought Prof. Atalay Alem with a presentation on Building Resilience to Survive Tough Times. This session, attended both in-person and online, was said to be very important for the health community on the frontline in the fight against the pandemic.

The Conference was concluded with a social gathering.