and gynecology in Africa. 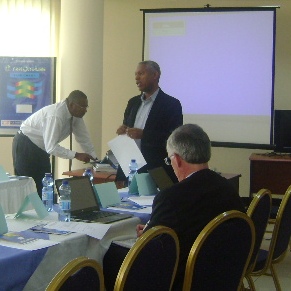 The meeting saw discussions on the current status of trainings in Obstetrics and Gynecology (Ob-Gyn) in Ethiopia and a review of the US system including the roles of Council Residency Education in Ob-Gyn (CREOG), the American Board of Ob-Gyn and the Accreditation Council on Graduate medical Education (ACGME).

The two days meeting did not conclude without thorough discussions on the needs to build successful residency programs regarding equipments, faculty recruitment and development, educational resources, partner institutions and needs assessment.

The launch of the project, which aimed at boosting the quality of Ob-Gyn trainings in Ethiopia, came after two successful meetings between delegates of the Society and the College. The first meeting took place in Washington D. C. on December 4 and 5, 2015. The second meeting, which happened here in Addis Ababa on February 13 and 14, 2016, brought the project closer to realization.

Check out the abstract submission format here: Email us your abstracts today; be part of the biggest event in obstetrics and gynecology.

The Ethiopian Society of Obstetricians and Gynecologists (ESOG) would like to extend its heartily new year wishes to its esteemed members, partners, staff and all Ethiopians. We wish you a happier and more successful new year.

In our collaborative project with ACOG, we are happy to announce that all members of the Ethiopian Society of Obstetricians and Gynecologists (ESOG) will have a status of being associate members of the American College of Obstetrics and Gynecology (ACOG).  There shall be exciting privileges including in the associate membership of ACOG for our ESOG members such as online access of:

Stay tuned to ESOG website and check your e-mail accounts frequently for the announcements for the start day of the associate membership and the privileges.