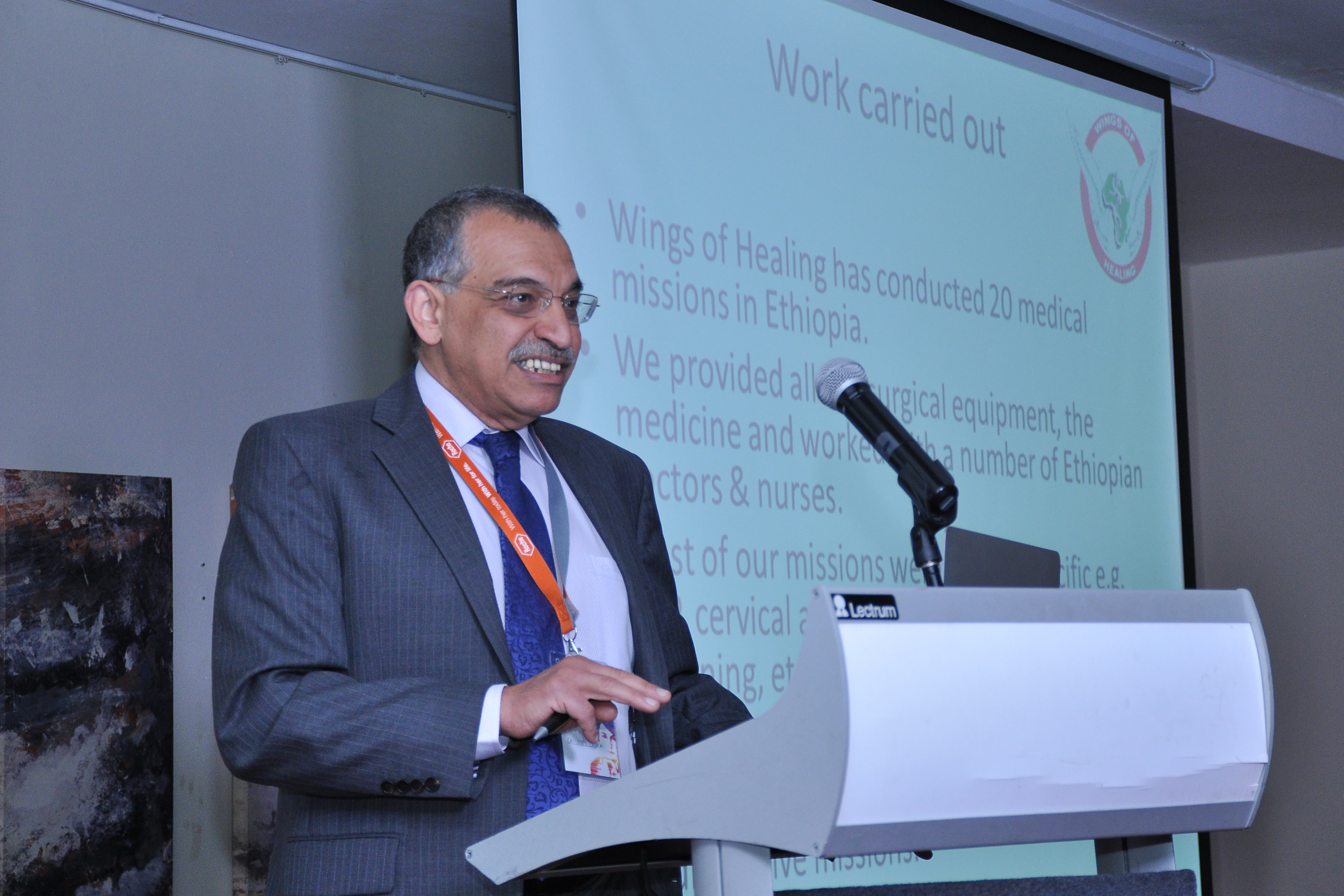 Roche Diagnostics in collaboration with St. Paul’s Hospital Millennium Medical College (SPHMMC) and the Ethiopian Society of Obstetricians and Gynecologists (ESOG) conducted Women’s Health Forum 2018 at Radison Blue Hotel, Addis Ababa on July 12, 2018. Entitled- Doing Now What Patients Need Next, the event brought together participants from Addis Ababa and the regions, many of whom were ESOG’s members.

The event involved a series of CMEs on various topics. Epidemiology and prevention of female genital cancer, primary HPV DNA testing in cervical cancer screening, in vitro fertilization in low resource settings and noninvasive perinatal testing are some of the topics covered by different speakers mainly from Roche. A panel discussion was also held on Women’s Health.

CME Conducted on Current Issues in Medicine and Surgery 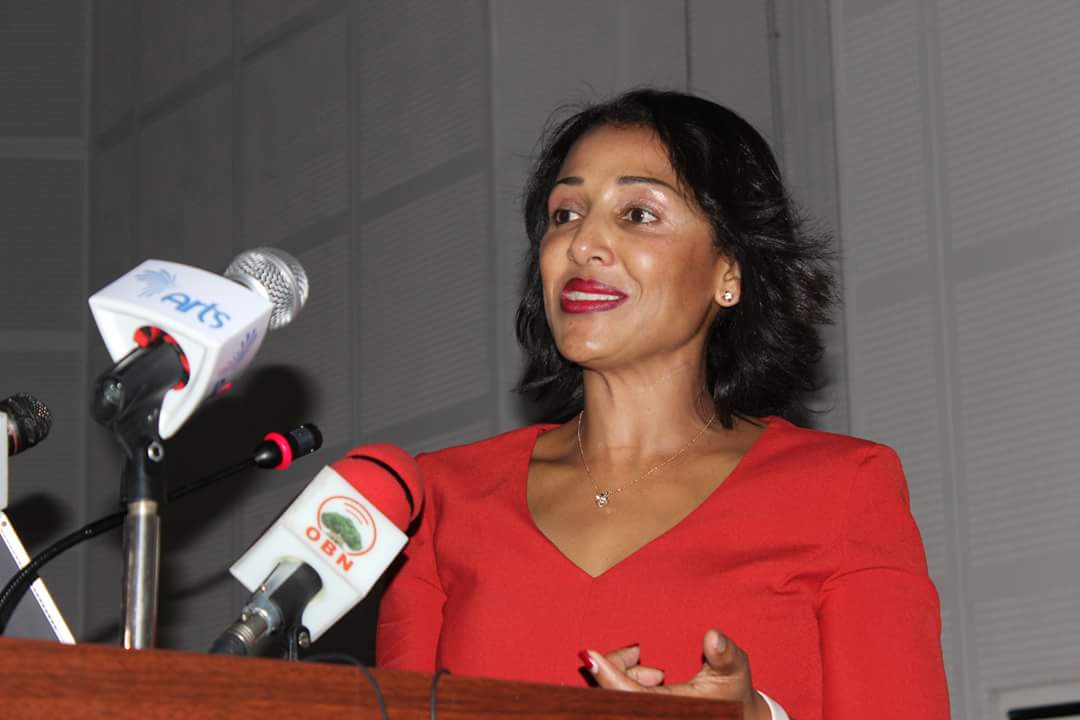 A Continuing Medical Education (CME) entitled Current Issues in Medicine and Surgery: Update 2018 was conducted at the Ethiopian Public Health Institute (EPHI) on July 3-4, 2018.  The CME was organized by the Ethio-American Doctors Group (EADG) and Federal Ministry of Health (FMoH) in partnership with the American College of Surgeons and the Ethiopian Society of Obstetricians and Gynecologists (ESOG).

The event brought together dozens of medical professionals both from home and the US. Also present was Dr. Amir Aman, minister of health who opened the event in the morning of July 3, 2018.

The CME sessions covered topics ranging from Medical Ethics and Professionalism to Cancer Care; from Critical Care Issues to Updates in Ob-Gyn; from Surgical Oncology to Emergency Disaster Preparedness and many more. The sessions were being delivered by professional speakers both from home and abroad.

EADG was legally incorporated as a C-Corp (for profit) in North Carolina on May 26, 2011, for the purpose of establishing a center of excellence, internationally accredited tertiary hospital in Addis Ababa, Ethiopia. EADG has grown from 12 to over 250+ physician members. The group functions with objectives of building and operate a center of excellence, comprehensive, multi-specialty hospital; establishing an economically sustainable hospital while maintaining high ethical standards, compassion and accountability; achieving a Joint Commission International (JCI) accreditation to become a regional, and eventually international, hub for medical tourism and transferring medical skills and experiences to medical staff and other health personnel in the region. 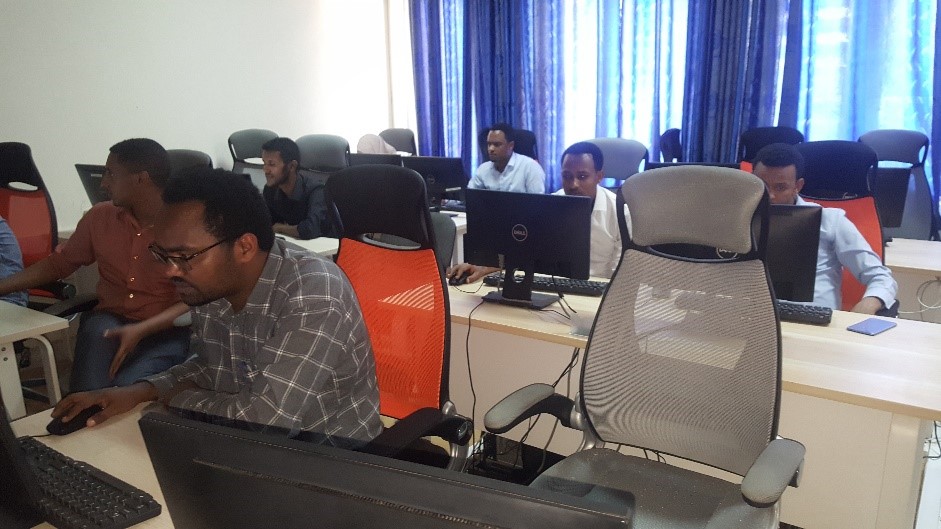 The Ethiopian Society of Obstetricians and Gynecologists (ESOG) conducted a national in-training residents examination to a total of 264 residency students in ten institutions on June 18, 2018. The examinations were planned by the examination and certification thematic area of the ESOG-ACOG-CIRHT Collaborative Project and administered by faculty members from Black Lion Hospital and St. Paul’s Millennium Hospital Medical College, with technical support from IT professional from the Federal Ministry of Health (FMoH).

ESOG in collaboration with the American College of Obstetricians and Gynecologists (ACOG), FMoH, the Federal Ministry of Education (FMoE), Universities, HERQA and funded by Center for International Reproductive Health Training (CIRHT) has been engaged in an effort to improve the quality of medical education and residency training for obstetrician-gynecologists in Ethiopia and is working on four interrelated objectives among which one is the standardization of the residency program examination across all the universities and certification of residents.

The Examination and Certification committee of ESOG-ACOG Collaboration Project engaged in the undertaking of the standardization of the national examination is involved in the capacity building of faculty to acquire a strong exam item preparation, skill and knowledge, creation of a standard and secure exam item bank and administration of certification examinations across all the ob-gyn residency programs in Ethiopia.

The joint project between the Ethiopian Society of Obstetricians and Gynecologists (ESOG) and the American College of Obstetricians and Gynecologists (ACOG)-ESOG/ACOG Collaborative Project held its fifth leadership Meeting from April 24-25, in Washington DC. Also held was the 2018 Annual Clinical Meeting (ACM) that took place from April 27-30, 2018, in Austin, Texas, USA. Seven and 20 participants from ESOG participated at the leadership meeting and the ACM respectively. Presentations on the progress regarding the implementation of the project during the last 6 months were made on all thematic areas at the leadership meeting. In addition, the plans for activities to be undertaken in the remaining six months were also discussed.

The ACM created a good networking opportunity beyond its being a scientific meeting. 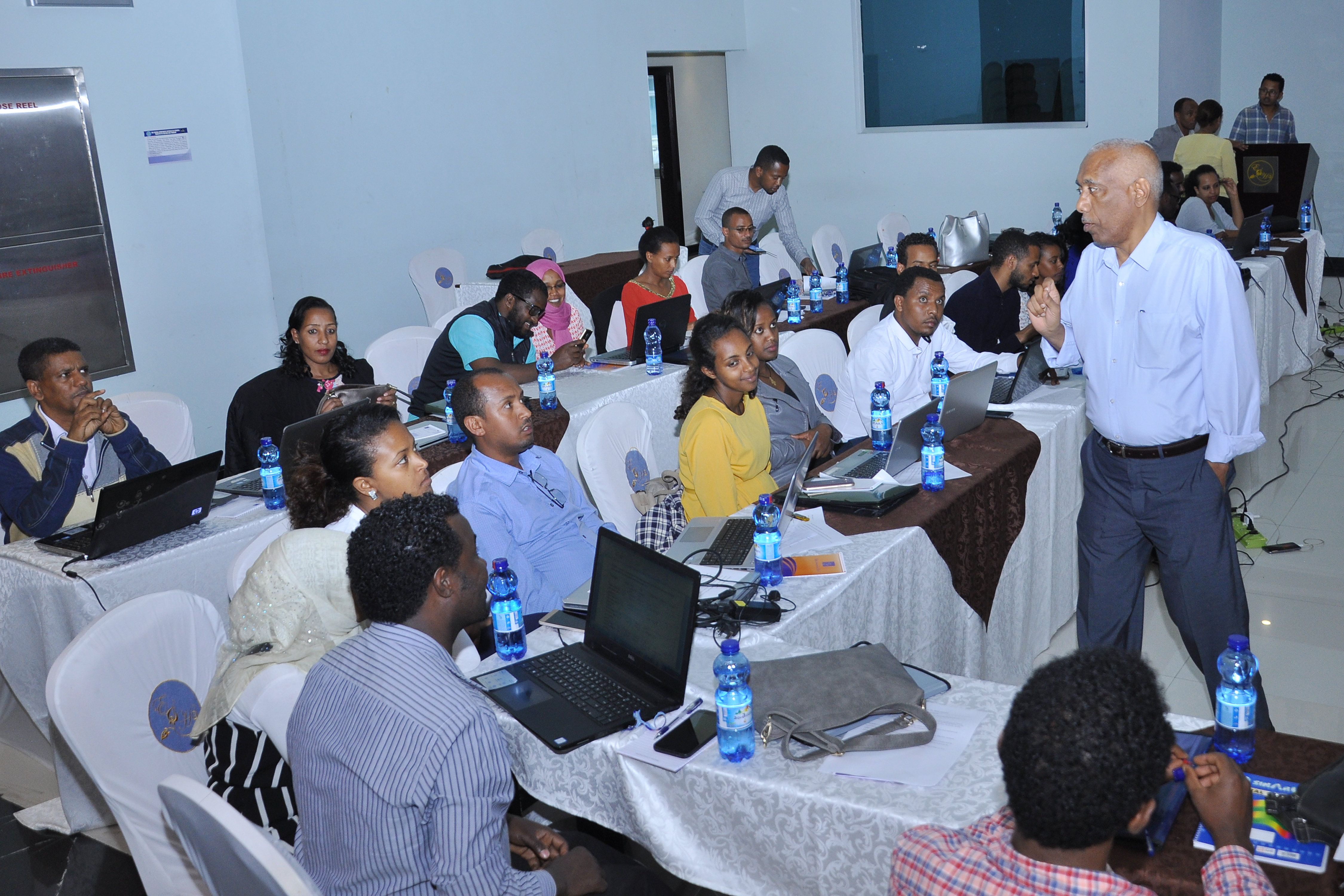 The Ethiopian Society of Obstetricians and Gynecologists (ESOG), under its organ the Ethiopian Journal of Reproductive Health (EJRH) conducted a training on manuscript writing at ELili Hotel on April 17-19, 2018. Giving the training were Dr. Ahmed Abdella, Editor-in-Ehief of EJRH, Dr. Mirgissa Kabba, Editor-in-Chief of the Ethiopian Journal of Health Development (EJHD), Dr. Girma Derbie, editorial board member of EJHD, and Dr. Mulu Muleta, editorial board member of EJRH.

Participants were junior faculty members, senior residents and other health workers who have conducted researches but have not been published for lack of skills and experience.

A landscape analysis conducted with an aim of improving EJRH’s quality and quantity of publication found out that there was little experience among the Ob-Gyn community in conducting and publishing researches. The training was planned by the newly reestablished editorial board as a response to the results of the LA. There will also be a round of other such cascade trainings.

In its quest for more quantity and quality of publications, the editorial board of the journal has committed itself to live up to the original plan of publishing four volumes a year: January, April, August and November. The April Issue is expected to reach members, partners and other stakeholders by May, 2018. The April issue is also expected to carry for the first time an article from The Green Journal, the scientific publication of the American College of Obstetricians and Obstetricians (ACOG).

EJRH was launched in 2007 by ESOG to serve as a vehicle for evidence-based learning among the sexual and reproductive health community. Due to various challenges mainly of financial and shortage of manuscripts, EJRH has only been published once a year in the last 12 years. A series of changes have been made as the journal was one of the focus areas of a collaborative project designed and implemented by ESOG with the technical support from ACOG and the financial assistance from the Center for Reproductive Health Training (CIRHT).

Trainees are expected to work to get published and work closely with EJRH, noted Dr. Delayehu Bekele, president of ESOG and Associate Editor-Chief of EJRH.